Virgin Atlantic has officially filed for Chapter 15 protections in the US while holding on hope for a UK bailout (Wikimedia Commons).

Virgin Atlantic has filed a case with the US bankruptcy court in New York and is seeking protection from its creditors in the US, according to a court filing made on Tuesday.

The airline has sought protection under chapter 15 of the US bankruptcy code, which allows a foreign debtor to shield assets in the country.

Incredibly, the news came on the same week that its sister business, Virgin Galactic, unveiled concept plan for a new supersonic jet that could fly London to New York in 90 minutes and London to Sydney in just five hours.

According to the filing, the airline has negotiated a deal with stakeholders “for consensual recapitalisation”, which will wipe debt off of its balance sheet and “immediately position [the airline] for sustainable long-term growth”.

Virgin Atlantic also reportedly filed another proceeding in the high court in London on Tuesday, where it obtained approval to convene meetings with affected creditors to vote on the plan, due to take place on 25 August.

A Virgin Atlantic spokeswoman said the restructuring plan was before the UK court “to secure approval from all relevant creditors before implementation”.

This comes just weeks after Virgin Atlantic agreed upon a rescue deal with shareholders and creditors worth £1.2 billion, allegedly enough funding to survive the pandemic for a period of 18 months.

The deal was supposed to eliminate the need for a government bailout from the UK, which billionaire founder and majority shareholder Sir Richard Branson had previously been pushing for.

Meanwhile, it has been reported that the airline told the High Court in London that it would run out of money by September, should a restructuring deal not be approved by then.

According to the court filings, Virgin Atlantic stated that bookings are down 89 per cent year-on-year, and current demand for the second half of 2020 stands at just 25 per cent of 2019 levels.

The airline, 51 per cent owned by Sir Richard’s Virgin Group and 49 per cent by US airline Delta, closed its Gatwick base and cut more than 3,500 jobs to contend with the fallout from the COVID-19 pandemic, which has grounded planes and hammered demand for air travel.

The US proceedings are secondary to those filed in the UK, with both proceedings tied together. 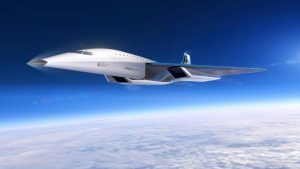 Meanwhile, Virgin Galactic, also part-owned by Atlantic’s Sir Richard Branson, this week unveiled plans for a new supersonic jet in a collaboration with Rolls-Royce and Nasa.

The as-yet-unnamed aircraft would fly between nine and 19 passengers and crew at an altitude of above 18.2km.

George Whitesides, Virgin Galactic’s chief space officer, said, “We are pleased to collaborate with the innovative team at Rolls-Royce as we strive to develop sustainable, cutting-edge propulsion systems for the aircraft . . . We look forward to opening up a new frontier in high-speed travel.”

The business claims it is now working with the US Federal Aviation Administration centre for emerging concepts to develop a pan for its eventual certification.

Branson has long coveted a supersonic jet, and made numerous attempts to buy Concorde before it was taken out of service in 2003.