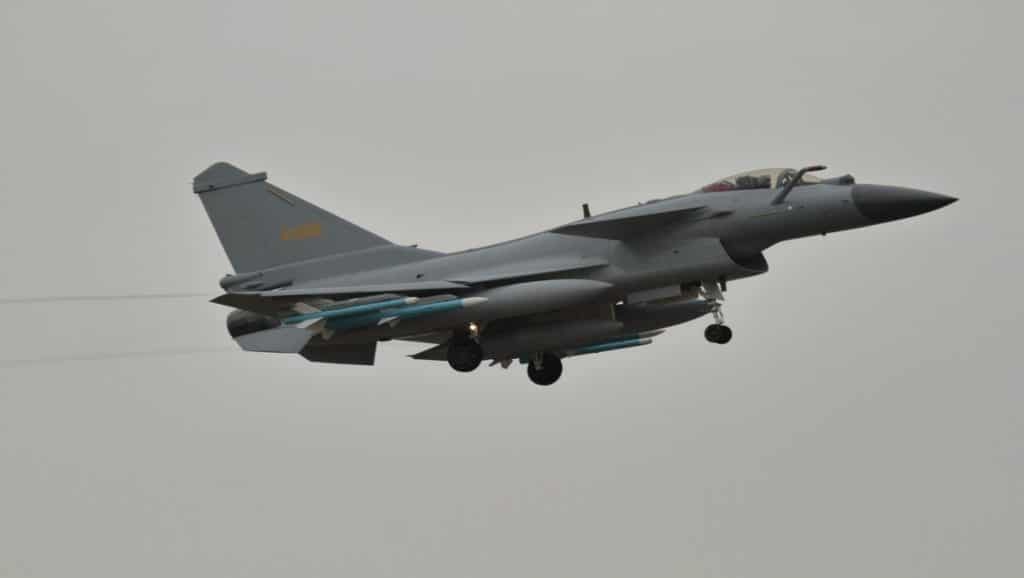 The Taiwanese air force has been forced to scramble to get jets in the air for the second day in a row, as China sent 19 fighter jets towards the island on Saturday in protest of ongoing relations between Taiwan and the US.

Some of the aircraft reportedly crossed the Taiwan Strait midline into Taiwanese territory, while others flew into Taiwan’s air defence identification zone off its south-west coast, according to the ministry.

However the jets did not fly directly over mainland Taiwan, the ministry has said.

The jets were sent amid a visit to Taiwan from US Undersecretary for Economic Affairs Keith Krach, who arrived in Taipei on Thursday for a three-day stay.

Krach is the second diplomat to visit Taiwan in as many months, with both instances angering China, and resulting in Chinese fighter aircraft being deployed near Taiwanese territory.

Last month, China flew multiple fighter jets across the middle of the Taiwan Strait in objection to a visit between Taiwan officials and the US health chief, Alex Azar.

China publicly promised retaliation to the exchange, which saw the highest-level US official visit the island nation in four decades.

China condemned both visits to Taiwan, in light of deteriorating relations between China and the US.

Taiwan warns China: ‘Pull back from the edge’

In a separate statement, Taiwan’s Defence Ministry said the provocative nature of China’s actions will significantly jeopardise peace and stability between the parties.

“The Defence Ministry sternly condemns this, and calls on the mainland authorities to control themselves and pull back from the edge,” it said.

Meanwhile, Chinese state-backed tabloid paper, Global Times, stated the weekend’s drills were a rehearsal for a future take over of the island.

“The US and Taiwan must not misjudge the situation, or believe the exercise is a bluff. Should they continue to make provocations, a war will inevitably break out,” the publication said.

Despite these exercises, the Taiwanese have shown no sign of worry or panic, having been long accustomed to China’s threats.