Mitsubishi Heavy Industries has announced its intention to freeze development on Japan’s first regional passenger aircraft in decades, the SpaceJet, for the foreseeable future.

It comes after the company sunk over US$9.55 billion and 12 years into the development of Japan’s newest homegrown passenger aircraft, the first of its kind in decades.

Japan’s biggest aerospace manufacturer instead intends to focus on renewable energy projects and other business ventures that will bolster profits, as it too navigates the COVID-19 downturn.

MHI has said it halted development of the SpaceJet because the prospects had dimmed for Japan’s first passenger aircraft in half a century.

The SpaceJet was imagined as the Japanese government hoped to expand the country’s aerospace industry further beyond simply supplying parts for commercial jets built by other countries, notably the US planemaker Boeing.

MHI launched the program under the name of the Mitsubishi Regional Jet in 2008, later changing the name to SpaceJet.

The SpaceJet was originally slated to begin flying passengers starting in 2013 with launch customer ANA Holdings, which has ordered 32 of the planes, but technical problems and design mishaps forced MHI’s aircraft unit to delay delivery six times.

MHI had developed the Zero fighter jet used by Japan in the Second World War, and considered itself the pioneer of the aerospace industry in Japan, particularly in light of its aircraft part manufacturing for Boeing.

However, the task of translating part manufacturing to entire jet construction proved difficult, with problems coming to light almost immediately.

Japan’s most recent passenger plane, the YS-11 turboprop, had been discontinued back in 1973 and much knowhow had been lost.

The company struggled to source and manage the roughly 1 million parts involved with building a new plane from scratch, while also competing with Brazil’s Embraer, also developing a new generation of passenger jets.

Mitsubishi Heavy, with its army of highly skilled and educated engineers, had been confident about beating its rival to market.

But Embraer ultimately won the race, delivering the first of its new jets in 2018, a blow that has now proven fatal.

MHI in March suspended plans for a SpaceJet variant seen as key to winning orders from US airlines, and has now placed all development of the SpaceJet on hold.

By making the call, Mitsubishi will be able to halve jobs in its commercial aviation industry, generating a cost savings of US$1.15 billion.

“We will work to review where we stand, make improvements and assess possible program restart,” MHI said of the regional jet in its business plan.

Overall, the machinery maker said it would cut 2,000 jobs overseas, and reassign 3,000 workers internally in order to cut costs. It has also said it is dispatching about 1,000 workers to outside companies too. 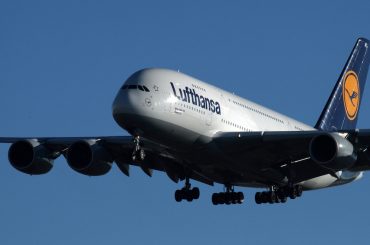