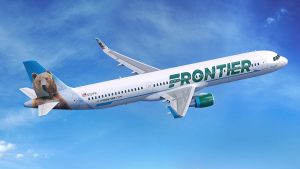 Budget US carrier Frontier Airlines has backtracked on its decision to implement a ‘COVID recovery fee’ on all customer bookings, in order to “avoid misinterpretation”, following heavy public backlash to the policy.

The Denver-based airline quietly begun to add a US$1.59 fee on top of all passenger fares in May.

The policy went largely unnoticed until travel site Miles to Memories first reported locating the charge on Tuesday this week, which sparked public outrage, in light of the fact that Frontier had welcomed government support under the US$25 billion CARES wage subsidy program in 2020.

Then, this year the airline also agreed to additional support part of the American Rescue Plan Act 2021, receiving a total of US$150.2 million. The first installment in April gave the company US$75.1 million.

Frontier was also one of the companies caught refusing passengers refunds last year, which eventually saw the airline sued by customers for recovery of funds.

The airline argued the contentious fee was first introduced on all passenger fares in order to offset additional costs due to the COVID pandemic, including “increased sanitation and cleaning onboard the aircraft and in the airport, shields at the ticket counters and gate areas, and personal protective equipment for employees”.

A Frontier spokesperson said on Monday the fee “was meant to provide transparency and delineate what portion of the fare was going toward COVID-related business recovery, including repayment of a CARES Act loan from the US government”.

“However, to avoid misinterpretation, the airline will discontinue the practice of breaking out this category within its overall promoted fares,” the spokesperson said.

Despite the airline’s reasoning, many customers took to Twitter to state they felt they had been misled, particularly in light of Frontier benefiting from government assistance over the last year.

Frontier Airlines, after all the bailouts the airlines got throughout last year, you're going to NOW, start charging a Covid recovery fee!?!? Are you for REAL?!?!?

One customer said: “Boo hiss, foul!! They already received taxpayer’s bailout! It’s criminal to add a surcharge for something they already have been paid for!!! Boycott Frontier Airlines!!!!”

The company this year announced it was going public, and since then has seen strong financial benefit, despite the health crisis, as optimism in the industry continues to grow.

Frontier ended the first quarter of 2021 with US$853 million of unrestricted cash and cash equivalents and liquidity.

Scott Keyes, founder of Scott’s Cheap Flights, told ABC before the airline rescinded the surcharge, it is quite common for budget airlines to find “adventurous ways of testing out new fees”, but it often leads customers away in the end.